Coming out is one of the most significant moments of a person’s life, and while it is often a liberating experience and the beginning of living a more open life, coming out is often a scary experience. No matter how much you might try and mentally prepare, coming out to those closest to you, your friends, family, and parents is always going to be difficult.

Here is a brief guide to coming out aimed at those who are considering doing so and would like to know as much as they can about other people’s experiences beforehand.

How to Come Out

Of course, there are other potential explanations here, for example those who chose to come out via a letter or text might have done so because they already felt more likely to face rejection. However, regardless of the reason for the differing statistics, many of those who came out in person felt that doing so gave them a greater degree of control over the situation and allowed them to express themselves more fully.

The experience of coming out will be different for every person, as this article from Consolidate Times demonstrates. The way that one person feels most comfortable in coming out won’t necessarily apply to the next person as everyone’s feelings and circumstances will be different. As you would expect, coming out is far less stressful when it is done willingly whereas having to come out before you are ready can be a deeply traumatizing experience.

Coming out is a decision that people agonize over for a great deal of time before they finally take the plunge. It is perfectly normal to be hesitant about coming out as it marks a dramatic change in the individual’s life and can often affect their relationships with other people as well. The reactions from friends and family can range from support and acceptance, to complete rejection and being thrown out the house.

Where Can I Find Support?

As always, having a reliable, caring friendship group will make it much easier to come out. However, not everyone is lucky enough to have such a support network, and some people will be coming out to everyone for the first time. For these people there is additional support available from a variety of charities and other organizations.

The Gay & Lesbian Alliance Against Defamation (GLAAD) maintains a list of support resources for trans people. This is a fairly comprehensive list of US organizations that offer support or other resources for LGBT people, as well as links to some useful online information and resources.

Coming out as transgender isn’t easy, but it is an important step towards living a life as the person that you truly want to be. 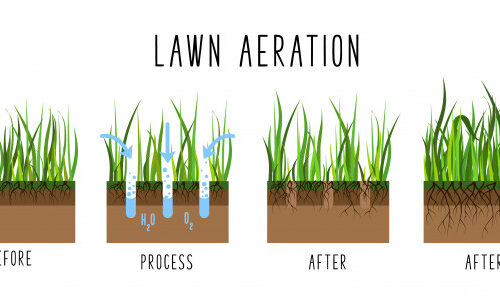 Everything To Know About Lawn Aeration And Its Benefits

Why Does Netflix Cancel Popular Shows?