There was a time when getting a tattoo was not as easy as it is today, because there just weren’t enough people around with the skill or the tools to do it properly. While that is no longer the situation today, thanks to an abundance of tattoo parlors everywhere, there’s still something authentic and special about getting tattooed while traveling through foreign lands. Just in case you are planning a trip to any of the following four places, it might be time to finally consider getting that tattoo you have always wanted to. It is probably not a surprise to anyone that Japan is the first one on this list because the Japanese have an ancient and rich history in tattoo artistry. If you are going to visit Japan any time in the near future, consider getting a traditional Ukiyo-e print or a horimono done. These tattoos with ancient symbolism and based on folklore are a better idea than getting random Japanese letters inked onto your body without being absolutely sure what they mean!

The west got a taste of ancient Thai tattoos when Angelina began to sport two Sak Yants on her back more than 14 years ago. These are the tattoos that you will find on all Muay Thai boxers because starting from the ancient days till date, they are supposed to provide protection, luck, power, and courage to the bearer, depending on the particular text and design. If you are on a vacation in the country, quality tattoo shops Thailand should be able to help you find the right design by acting as both interpreter and tattooist.

The United Kingdom might not have been the first to adopt tattoos, but it certainly has a very high number of inked citizens. In fact, the roots of English/Scottish/Irish tattoos are more than 400-years old at this point, with the first of their kind dating back to the early 1600s. As London was specifically mentioned here, you can probably guess that this is the place to get your tattoo if you are in the region, and for good reason. Not only is London always a great place to get a tattoo, it becomes a particularly electric atmosphere for getting inked during the The London Tattoo Convention where artists from all around the UK and the entire world come and show off their craft.

In spite of being the ancient birthplace of Asian tattoos, China was until recently, not a place to get a tattoo from because it was prohibited by modern Chinese tradition and looked down upon. Social discrimination is still a possibility if you get a tattoo in China, but then again, you are just visiting! Beyond all the stigma and the negative associations, China has the most ancient history of tattoo artistry in existence, predated only by that of the ancient Egyptian civilizations that are now lost in time.

Before you get a tattoo though, there are a few points to keep in mind, which are hygiene, meaning, and relevance, in that order. It’s a lifetime commitment and there are health risks involved if you are not careful, so never get inked unless you are sure of everything first. 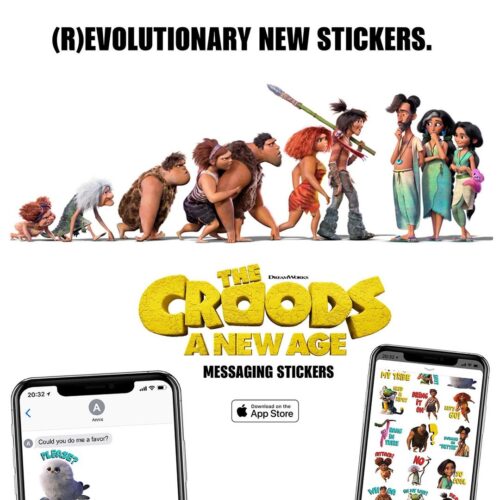 The Croods: A New Age is coming to theaters on Nov 25th. #CroodsNewAge

How to Plan a Successful Hiking Trip