Anxiety is common among dogs and can be caused by a number of things, sometimes based on their personality type, and sometimes situational.  This anxiety can manifest itself in a number of ways including excessive grooming or licking, constant barking, acting aggressively to members of the household, eliminating indoors, and destroying everything in sight.

While many anxieties, such as separation anxiety, can be improved through a process of training and conditioning, as well as positive reinforcement, some dogs need calming down before this training can begin, and others are anxious in general as opposed to for a specific reason.  In these cases, there are some natural remedies that you can try.  Below are some of the best options often recommended by veterinarians for anxious dogs.

In the same way that exercise is a really good stress reliever for humans, it works in the same way for dogs.  Exercise stimulates the production of serotonin, the happy hormone, which helps to relax while improving mood.  It also helps to relieve the dog of any tension and pent-up energy that could be contributing to the anxiety.  Whether you run, hike, or even play fetch with your dog in the park, all of these activities could help to lower the levels of anxiety your dog is feeling.

Distraction is a good solution for dogs who tend to get anxious in specific situations, such as when fireworks go off, or when in a crowd.  The trick here is to engage with your dog’s brain so that he starts to focus on you, and the things that make him feel safe, as opposed to the things in the exterior that are making him anxious.  Some dogs find that toys such as puzzle balls and Kong toys filled with peanut butter help.  Other pet owners find that rewarding their dog for following commands such as ‘sit’, and ‘walk’ also helps in these situations.  Plus, there is a long-term bonus here as well.  As you reward your pet during stressful situations, he should begin to associate them with positive thoughts instead of frightening ones.

You may laugh, but it is definitely possible to give a dog a relaxing massage, and it can help to relieve their anxiety as well.  TTouch is a popular form of dog massage.  Invented by Linda Tellington-Jones, it involves performing circular movements with your fingers and hands all over your dog’s body.  The aim of TTouch is to activate your dog’s cells while awakening cellular intelligence.  It sounds scientific, but your dog should end up feeling much more relaxed.  In addition, studies have also shown that giving your dog a fuss can do wonders for your own stress and anxiety, so this method is a win-win for both of you.

Research has shown that certain scents can help to quell a dog’s anxiety.  One of these scents is DAP.  A synthetic chemical, it is based on the hormone produced by lactating dogs.  The scent of this helps puppies to relax and increase their bond with their mother, and it is believed that the same scent is effective in adult dogs for lowering levels of anxiety.  While no research has been done to show just how effective it is, it is worth trying if your dog tends to be anxious on a regular basis.  DAP can be placed into a plug-in diffuser with each vial lasting around thirty days.  Humans aren’t able to smell it so you can place it in the room where your dog spends most of his time without worry.

CBD oil is a relatively new phenomenon that has been proven effective in reducing anxiety levels in both dogs and humans.  As this site shows, it is available in both a tincture and a soft gel capsule.  If your dog finds either of these hard to swallow, you can also purchase CBD dog treats, which taste just like beef.  CBD oil can be used to treat both general anxiety and situational anxiety and it has no known side effects, making it a popular choice with pet owners throughout the United States.

Humans aren’t the only species that find music relaxing, and you may be surprised to discover that your dog finds it as beneficial as you do.  In fact, some pet owners make a point of leaving the radio on when they leave the house to help pets suffering from separation anxiety to calm quicker.  There are even specific music compilations available for dogs that are intended to lower levels of anxiety, Through A Dog’s Ear being one such compilation.  The music from Through A Dog’s Ear has been specifically designed to be simple and minimizes the intricate auditory information found in the majority of music, so that it calms anxious dogs.

A popular solution for dog anxiety, the Thundershirt wraps tightly around your dog providing him with a feeling of constant pressure.  The thought is that this pressure helps to calm a dog’s anxieties in all manner of situations, including noise anxiety and travel anxiety.  Surprisingly, there isn’t much scientific evidence to prove that it actually works.  However, with that said, a lot of pet owners have found it to be incredibly beneficial, and many now swear by it as a means of calming their dog down.  How well the Thundershirt performs may depend on the personality traits of the dog it is used on, as well as the specific situation in which it is used.  Either way, it is a good option to try, especially if you use it in combination with some of the other natural treatments we have described above.

It isn’t uncommon for a dog to have anxiety in the same way that a human does.  However, before you rush off to your vet for a pharmaceutical treatment, it’s worth giving one of the above natural remedies a try.  You can always discuss this with your veterinarian beforehand 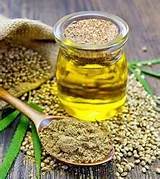 Is CBD Oil An Effective Remedy For Arthritis? 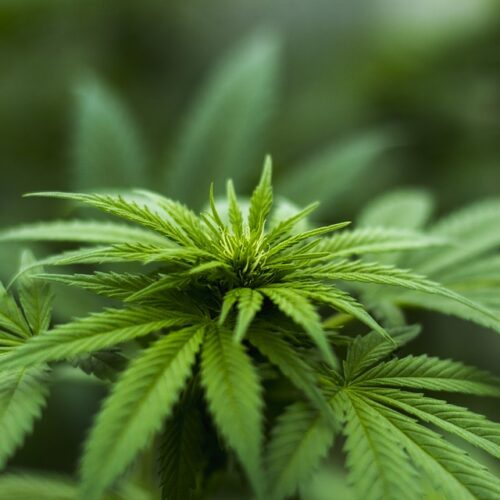 Looking For A More Effective & Healthier Way to Consume Weed?

Join the “Shop With Your Heart” initiative from the ASPCA